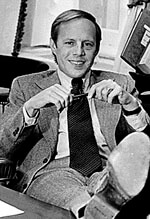 Why This Is Significant:

This is extremely important because the false information contained in "Blind Ambition" directly contradicts his sworn testimony to the Senate Watergate Committee. So this means that John Dean either lied under oath or is lying to his readers in his autobiography.

In a taped interview for the book "Silent Coup", when Dean was confronted with the contradiction between his book and his sworn testimony, he accused his editor of making up the false material in the book. 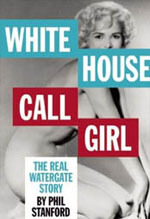 Heidi's the name. And in case you haven't figured out the game yet, you might want to take a peek at one of her earlier nude photos, circa 1957 or 58-which is to say, roughly fifteen years before she either did or didn't get involved in the Watergate affair.

That, of course, is the question before us.

It's how she got her start, you see-moonlighting as a nude model while still serving as a private in the U.S. Army in Washington, D.C. Not long after she arrived at her duty station in the nation's capital, she was named "Miss Fort Myer." The photographer who covered the event asked her if she'd like to do something a little more interesting, and as so often happens, one thing led to another. And while that may not be a typical career path for an aspiring photographer's model-or stripper, which was Heidi's next big career move-you can see how it might have worked for her.

So if the soft curves and round, plump nipples offend your sense of historical propriety, just take a deep breath and think of it as documentary evidence because that's what it is. If you didn't know before what it takes to get into the jet set party girl business, well, now you've got a pretty good idea. More importantly, though, the photo should lend some flesh and blood substance to the life of a woman whose ghost has hovered over the Watergate saga for years now. Even today, as we go about celebrating the fortieth anniversary of that long-ago political scandal, there is a nasty little argument among Watergate scholars, not to mention all the others who have axes to grind, over what role, if any, she played.

As it happens, there's a good deal of evidence that a call girl operation Heidi was running in 1972 triggered the infamous break-in that led to the downfall of the thirty-seventh president of the United States, Richard M. Nixon.

Needless to say, this is not part of the Watergate story that has come down to us over the decades. There are, in fact, those who disagree so vehemently with this version of events that they've sued-unsuccessfully, as it's turned out-to prevent it from being discussed in print.

It is also only fair to point out that virtually all the more conventional Watergate histories-but especially the more-or-less official version as propounded by the Washington Post-dismiss it out of hand as dangerous "revisionist" history. If you're not careful, you might even end up being called a "conspiracy theorist."

And if all else fails, they can always call you crazy-which is what happened to a young lawyer named Phillip Bailley, one of the principal witnesses to this roundly ignored bit of American history. When it appeared that he might be foolish enough to blow the whistle on Heidi and her call girl ring, he was locked up at St. Elizabeth's, the District of Columbia's mental hospital. In the ward for the criminally insane, no less.

Some forty years later, rhetorically at least, that's still the last line of defense for those who would like this story to go away.

Well, at least you can't say you haven't been warned.

*** Page two of the Dean section contains a lengthy interview with John Dean (01/05/1989), in which he contradicts himself on many key subjects, including his role in the famous Nixon "smoking gun tape". The interview was so damaging to Dean that he tried to kill it by having me criminally prosecuted; he failed. ~ Len Colodny

Listen to and read the Mayhew Interview.

Pull up the searchable PDF of Chapter 6, "The President's Private Eye" from "Silent Coup"

Dean lies to Haldeman, and lures Nixon in to Dean's cover up of the Watergate break in. 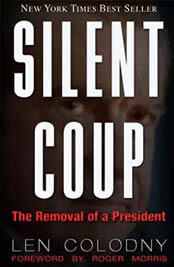 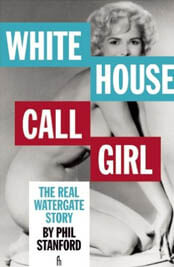 Ex-stripper Heidi Rikan, aka Kathy Dieter (At the time “Silent Coup" was written, we didn’t know how she spelled it; Cathy or Kathy), was working for the mob in Washington, DC. "White House Call Girl" tells how a call girl operation she was running at the time led to the Watergate break-in, which brought down Tricky Dick Nixon himself.

More than two decades after "Silent Coup" was published, Phil Stanford's "White House Call Girl" was published in 2013. It definitively supports "Silent Coup's" theory that the call girl ring was the reason for the Watergate break-in.